Huge rise in use of LED linear lighting for residential

The use of LED Linear Lighting for residential has seen a huge increase with an estimated 10-fold rise in the last 5 years.
Since the introduction of LED varieties, the popularity of this type of lighting has grown substantially due to the better aesthetics and increased performance of the source.

The increase in popularity is also due to the flexibility and discreetness of the profiles, and the light output of the tapes have higher outputs with better and more stable colour temperatures.  The tapes are available in dynamic or tuneable white light, this is where there is the option to use various colour temperatures . Many of the  LED Linear options being used are a first fix element. 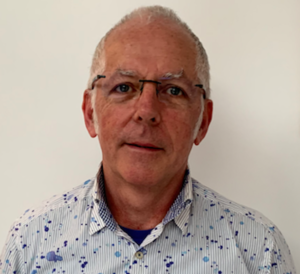 How would you define Linear Lighting?

LED Linear lighting is a linear shape luminaire rather than the more traditional round or square shape fitting. Because of its shape it can distribute light over narrow areas and areas which were previously tricky to illuminate. They are commonly used mounted or recessed to a wall or ceiling or suspended from a ceiling.

Why has it become important in recent years?

LED linear lighting is very versatile and has many uses including shadow gapping, uplighting and downlighting. There are many more products designed to house and facilitate LED lighting and maximise the lighting effect that they can create.

And with the advent of LED, this has also increased their popularity making the product energy efficient and sustainable.

Linear taping has changed the way we light spaces and is now central to the process, whereas a few years ago it would not really have been considered.

When is this product installed in a building?

As a first fix product. With the advent of LED products, the first fix lighting requirement has increased substantially in the last 5 or 6 years. Lighting is now seen as a material part of the building as opposed to previously being seen as an application of the building after.

With the advent of LED product and their flexibility and size it has enabled lighting design to be less intrusive and more flexible than with conventional lighting.

Describe your partnerships with LED Profilelements

LED Profilelements, who are originators of this type of product, developed the first prototype of their LED profiles in 1998 leading to several award winning products over the years.

They provide the structure for the LED tape which is then inserted in it.  They provide a first fix element with the light fitting going in prior to the plasterboard being plastered.